Springbok coach Neil Powell was pleased with his side’s performances on the first day of the HSBC World Rugby Sevens Series tournament in Dubai, but reckons there’s plenty of room for improvement for the Blitzboks, who finished the unbeaten and on top of Pool C on Friday.

The South Africans will now face Australia in the quarter-finals of the Emirates Dubai 7s on Saturday at the Sevens Stadium, where a win will see them face the winner of the knock-out between Argentina and Ireland for a spot in the semi-finals.

The top-ranked Blitzboks kicked off the tournament with a well-deserved 28-7 victory over Ireland and followed that up with a 52-12 drubbing of Japan in their second Pool C fixture.

The South Africans then proceeded to defeat Great Britain 31-12 with a strong second-half showing in their last group match of the day to clinch top spot in their pool.

Both Siviwe Soyizwapi and Selvyn Davids scored four tries each on the day, while Ronald Brown had a good day with the boot, slotting 12 conversions.

However, they did suffer yet another setback when Muller du Plessis was forced to leave the field due to a leg injury in their final pool match. The Blitzboks are already without a number of injured regulars. 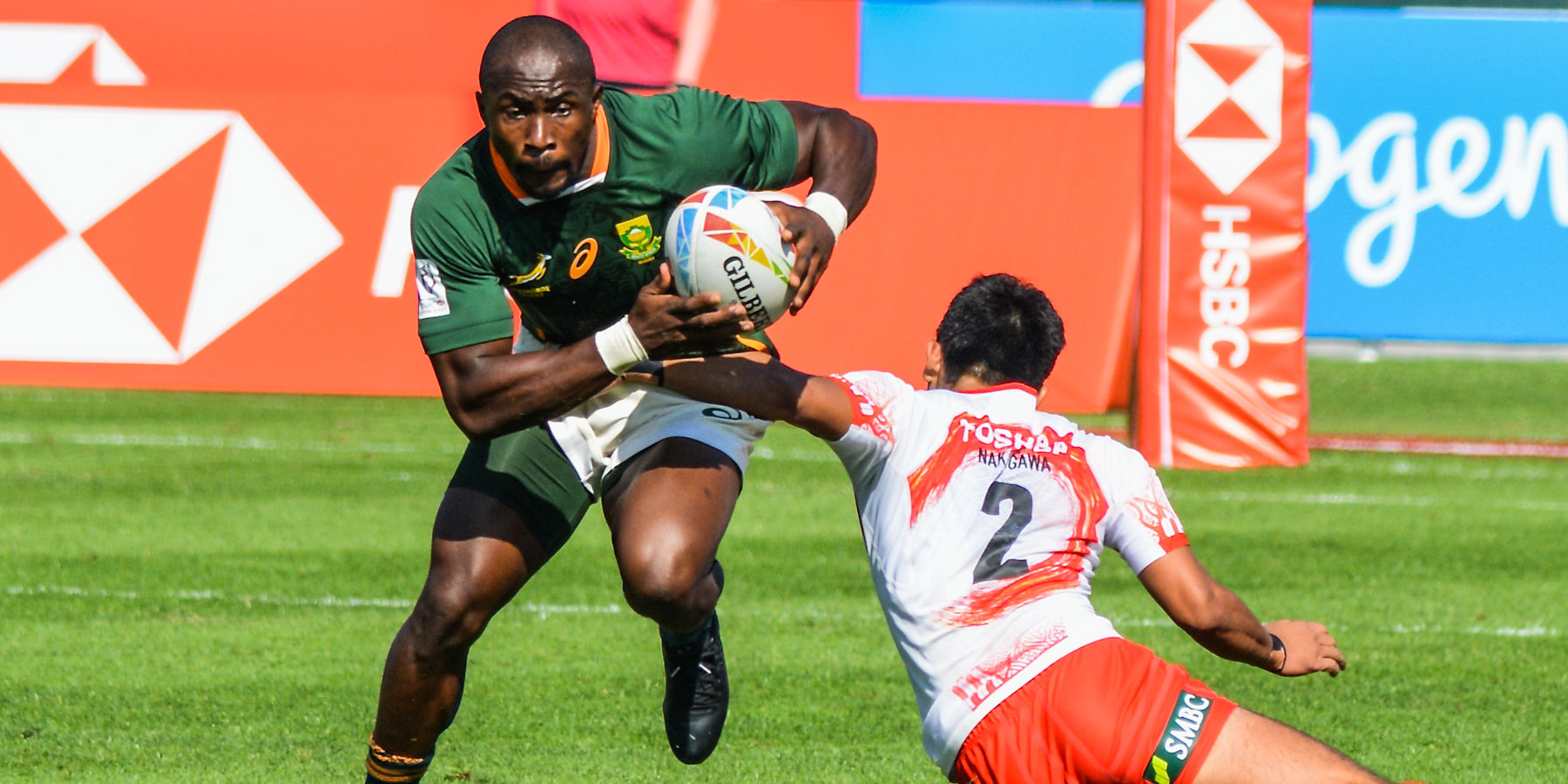 While he was satisfied with the winning results, Powell mentioned afterwards his charges can still improve on their cohesion.

“One of the things I want us to step up tomorrow is to play well as a team, on defence and attack. Also, conceding five tries on the opening day is something that we will have to look at closely.”

In the absence of a number of regulars, Powell gave newcomers Shilton van Wyk and Tiaan Pretorius their first of World Series action.

“It was nice to give them a taste of what it’s like to play at this level,” said Powell.

“The standard (of play here today) was better than the opposition we faced in Canada, so it was a good test for them. So, some areas to improve on, but we laid a good foundation for day two.”

It’s official – tickets go on public sale at 09h00 on Wednesday 5 October for South Africa’s biggest, best and most FOMO...

The SA Rugby Sevens Academy side, boosted by a number of Blitzboks, will have an early opportunity to impress newly appo...

The strong try-line surge shown by the Springbok Women over the last two weeks of their November Series 2021 tour could continue against the Barbarians Women on Saturday at Twickenham, but for that to happen, the South Africans will have to stay true to their objectives and execution.

SA Rugby and Rassie Erasmus wish to apologise to the match officials appointed to the first Test of the Springboks’ Series against the British & Irish Lions.

New Emirates Lions recruit Edwill van der Merwe is set to make his debut for the Johannesburg side when they host Cardiff in the sixth round of the Vodacom United Rugby Championship at Emirates Airline Park on Sunday.

The Springbok Sevens won a third straight HSBC World Rugby Sevens Series tournament when they dazzled their way to a thrilling 42-7 win over the USA in an exhilarating Emirates Dubai 7s Cup final on Saturday afternoon.

The Springbok Sevens team won their 18th straight HSBC World Rugby Sevens Series match as they clinched the Emirates Dubai 7s crown in style by beating the USA by 42-7 in an exhilirating Cup final on Saturday afternoon.

The Springbok Women had little to show at the end of a highly entertaining match with the Barbarians Women at Twickenham in London on Saturday, with the 60-5 scoreline a very sober reflection of the difference in experience, class and execution in match played at a high intensity and pace.

Re-live the action from the second day of the first Dubai Sevens tournament, which the Blitzboks won in convincing fashion.

The Springbok Sevens won a third straight HSBC World Rugby Sevens Series tournament when they dazzled their way to a thrilling 42-7 win over the USA in an exhilarating Emirates Dubai 7s Cup final on Saturday afternoon.