The 2022 World Series will include 10 men’s and seven women’s rounds over six months, kicking off in Dubai and including new tournaments in Spain and France.

The World Series kicks off at the end of next month with Dubai hosting a behind-closed-doors round on 26-27 November, 2021, followed by a second event on 3-4 December with fans in attendance at The Sevens Stadium.

The Series will then move on to Europe as Spain play host for the first time with combined men’s and women’s events in Malaga and Seville on 21-23 and 28-30 January, 2022 respectively.

The new venues in Spain temporarily replace traditional Series hosts Sydney (Australia) and Hamilton (New Zealand), who are unable to host in 2022 due to the logistical challenges associated with the COVID-19 pandemic in their region.

The men’s teams will then travel to North America, with tournaments scheduled for Vancouver on 26-27 February and Los Angeles on 5-6 March, before moving to Asia where Hong Kong returns to host a combined men’s and women’s event on 1-3 April, followed by a men’s event in Singapore on 9-10 April.

A standalone women’s event will take place in Langford (Canada) on 30 April-1 May before both men’s and women’s teams travel to a new venue in Toulouse (France), on 20-22 May where the women’s champions will be crowned. The men’s series concludes with the final event in London on 28-29 May.

The Blitzboks will enter the 2022 World Series as defending champions after claiming the 2021 title in Canada in September. 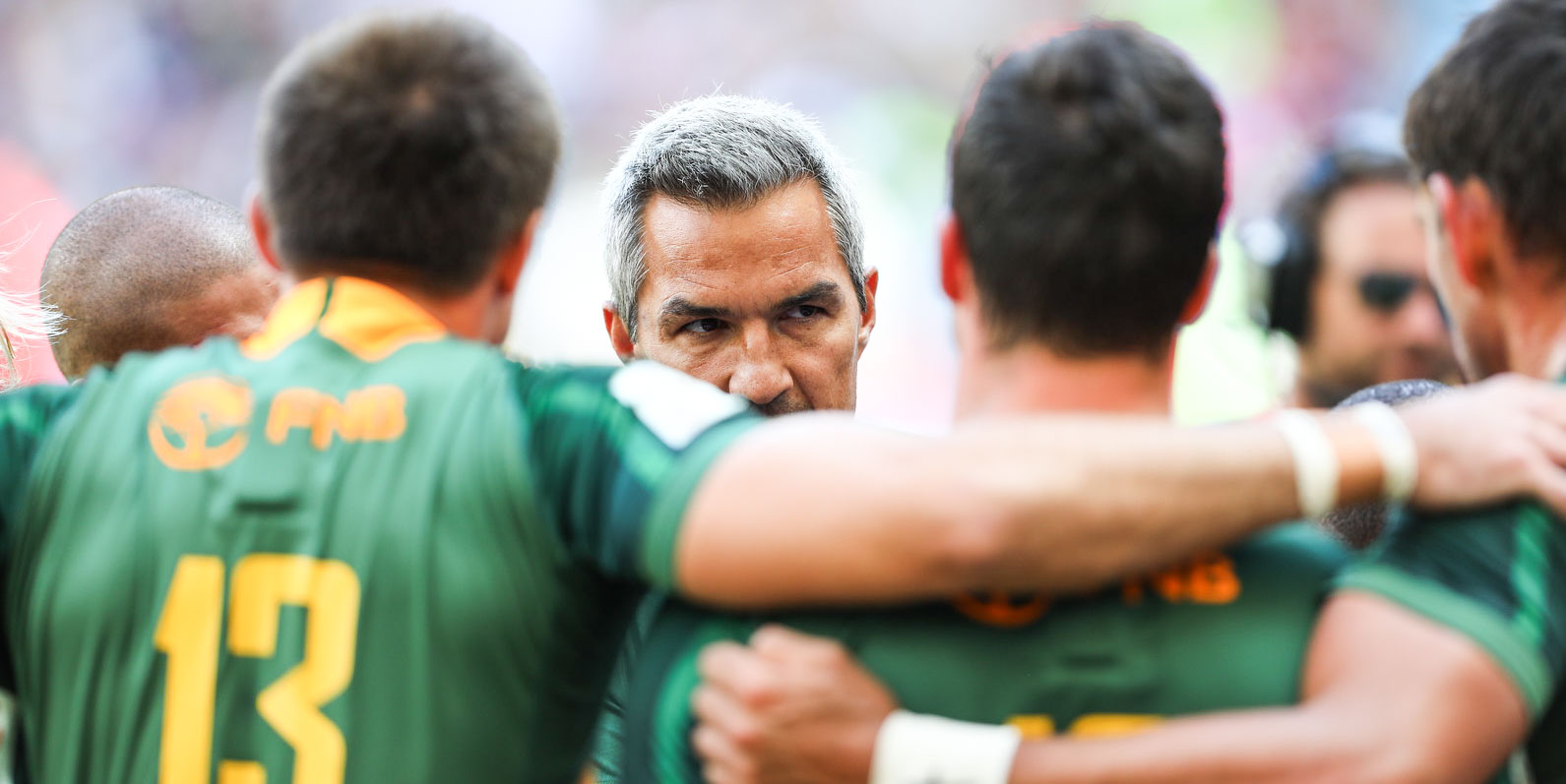 “We also realise the reality of the times we’re living in and know that it’s possible that some events may be changed or cancelled closer to the time, but for now it’s nice to see the planning in place for a full season.

“It’s also great to have a new country on the circuit with the two planned tournaments in Spain. They’ve also done well on the circuit and it’s a country that tries hard to grow the game, so it will be good to play in Malaga and Seville.”

Powell said the two recent tournaments in Canada, where the Blitzboks were crowned champions in Vancouver and Edmonton last month, showed the players’ hunger to play again.

“Hopefully the Springbok Sevens team can build on that excitement and have a good 2022 World Series,” he added.

After the World Series, the focus will shift to two standalone tournaments – the Commonwealth Games in Birmingham (England) on 29-31 July, and the with Rugby World Cup Sevens in Cape Town on 9-11 September.

In other news, World Rugby announced that Japan will join the men’s series as a core team following their promotion as HSBC World Rugby Sevens Challenger Series champions in 2020.

Great Britain will compete in the opening two rounds of the Series in Dubai – as part of the standing agreement to play the calendar year 2021 – before reverting to compete as national unions (England, Scotland and Wales) for the remainder of the 2022 World Series.

“Alongside popular and traditional rugby sevens venues it will be exciting to take the Series to new venues in Spain and France as the game continues to expand and captivate new audiences around the world with its fast, skilful and thrilling format. Rugby sevens is a key driver of global growth for our sport, particularly in emerging nations, and it firmly remains a top priority for our organisation.

“A lot of hard work has gone on behind the scenes to ensure we can announce a full Series schedule today and we thank HSBC, the host organisations, unions, commercial and broadcast partners for their unwavering support and spirit of collaboration as we navigate the challenges of the global COVID-19 pandemic together.

“We now look ahead to the return of the HSBC World Rugby Sevens Series at full throttle ahead of what promises to be a very busy and exciting year for sevens with the Commonwealth Games in Birmingham and Rugby World Cup Sevens in Cape Town following the Series.

“As ever, the health and welfare of players, fans and wider society continues to be our primary concern and we will work closely with all stakeholders to ensure the safe delivery of the Series.”

The Cell C Sharks beat the Leopards 29-16 in in the final round of the SA Rugby U20 Cup to sneak into the top four, pushing the team from Potchefstroom into fifth spot on the log in a dramatic finale to the league stage of this enthralling tournament.

With the four South African teams gradually getting used to the pace of the Vodacom United Rugby Championship, it is clear that the the Irish sides are still setting the standard for the competition.

A barnstorming second-half performance by the Vodacom Bulls saw them clinch their maiden Vodacom United Rugby Championship victory by 29-19 (halftime 3-16) over Cardiff in the Welsh capital on Saturday night.

The DHL Stormers overcame the shock of conceding 14 points in the first five minutes to claim a highly creditable 20-20 (halftime 20-20) draw with Edinburgh, ending their opening run of two defeats in the Vodacom United Rugby Championship.

Aiming to finish on a high

Finishing their inaugural Vodacom United Rugby Championship tours on a winning note will be the sole aim of the four South African franchises in action in this cross-hemisphere competition this weekend, when they take the field in Belfast, Newport, Edinburgh and Cardiff.

Pokomela on debut for DHL Stormers in Newport

Former SA Schools and Junior Springbok loose forward Junior Pokomela will make his DHL Stormers debut in the Vodacom United Rugby Championship encounter with the Dragons in Newport on Friday.

Sadie, Nothnagel and Sangweni to start in Belfast

Carlu Sadie, Reinhard Nothnagel and Sibusiso Sangweni will start for the Emirates Lions when they take on Ulster in their final Vodacom United Rugby Championship tour match at Kingspan Stadium in Belfast on Friday.

Phepsi Buthelezi is back and will captain the Cell C Sharks in their final Vodacom United Rugby Championship tour clash, on Saturday against Cardiff in the Welsh capital, where Curwin Bosch will also return to the starting team.

The Cell C Sharks beat the Leopards 29-16 in in the final round of the SA Rugby U20 Cup to sneak into the top four, pushing the team from Potchefstroom into fifth spot on the log in a dramatic finale to the league stage of this enthralling tournament.