The 28-year-old De Jager, who made his Test debut against Wales in 2014, will start in the second row next to Marvin Orie – who in turn earns his first Test start on Saturday – and he admitted that while there have been a few bumps along the way with injuries, it is has been a rewarding journey.

“It is also an honour to do it with guys with whom I’ve come a long way, such as Handré (Pollard).

“Both of us made our first (Test) start in 2014 and we’ve been through injuries, wins and defeats, so to be with players like him on the field in my 50th Test is a privilege and I’m very excited.”

De Jager added: “I’ve been fortunate enough to be part of real highs but also real lows of SA rugby.

“I’ve had more injuries than most guys, but it’s part of my journey and I have to overcome it.”

De Jager said having the opportunity to play for South Africa was notable, given the quality of locks who have served at the highest level of the game.

When De Jager was first included in a Bok match-day squad, the starting locks were the most capped Springbok of all time, Victor Matfield, and Bakkies Botha. He also played at the highest level with Eben Etzebeth and Franco Mostert, as well as the younger generation of locks such as Orie and Nicolaas Janse van Rensburg. 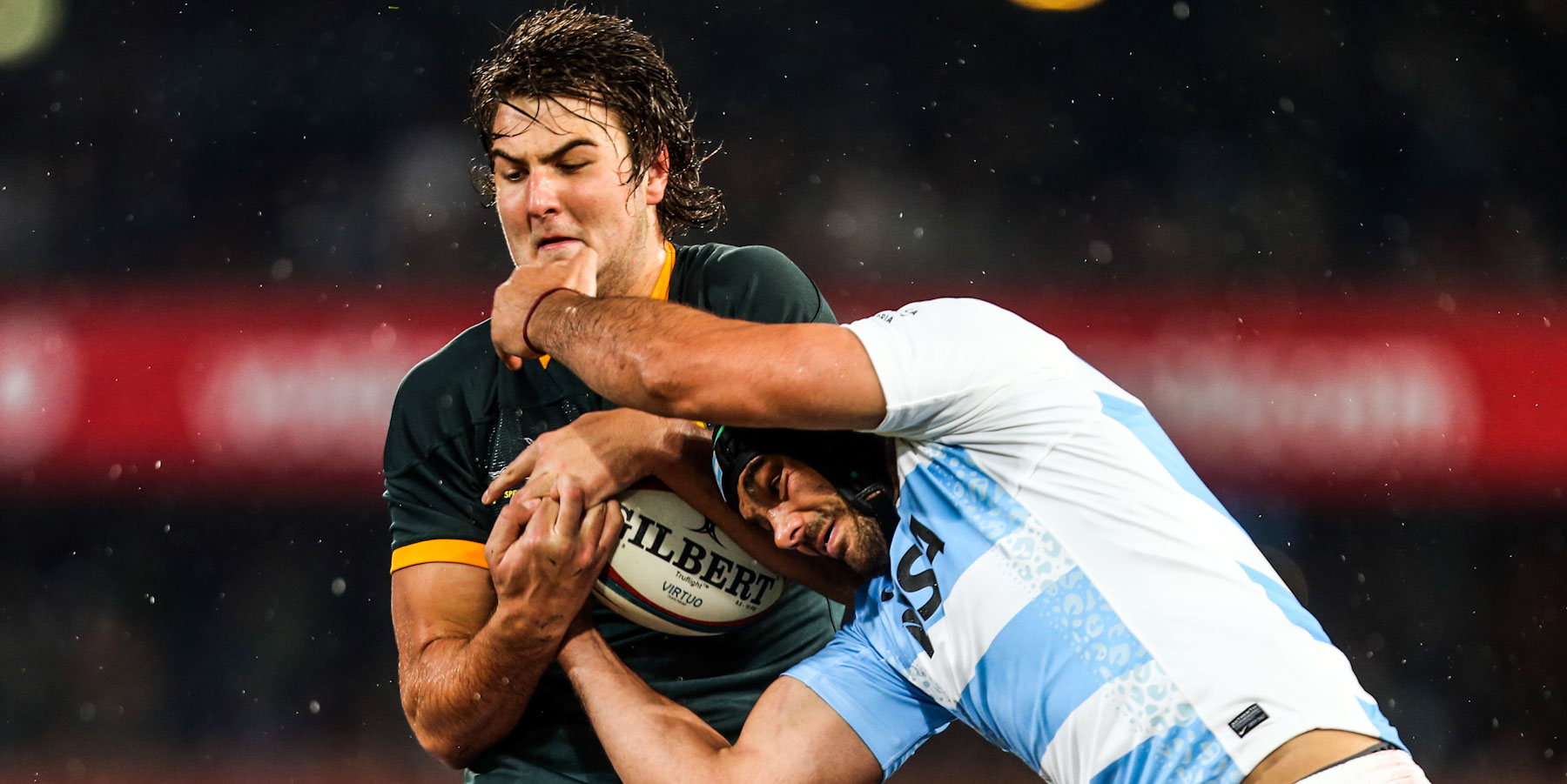 A 21-year-old Lood de Jager in action against Argentina in 2014, in his fourth Test for the Boks.

“If you look at the history of Springbok rugby, lock has been one of the best positions, and there have been legends in this position,” said De Jager.

“There are also great players in this squad, so it is a massive honour to play, and I want to go out and do my best.”

De Jager expected another challenging encounter against Argentina at the Nelson Mandela Bay Stadium on Saturday.

“They have exceptional lineout forwards - guys like Guido Petti and Pablo Matera are highly rated in the lineout and I don’t think they get the respect they deserve," he said.

“They are a very good lineout contesting team and they are very physical when it comes to the maul, so for us a pack it will be a massive challenge against them.

“A lot of the time people think they play with Argentinean flair and have a beautiful running game, but they are actually a well organised team they put you under pressure come set piece time, and they play with a lot of passion and physicality.”

De Jager was delighted to see Orie earn his first Test start and the uncapped Janse van Rensburg being named on the replacements bench and said: “Marvin has impressed me with his work rate at training and the way he prepared us for the Tests against the British & Irish Lions in the Castle Lager Lions Series.

“He’s intelligent, he works hard, and he understands his role, so I think he will go well on Saturday.

“Nicolaas has also been doing well in France, he works hard, and his analysis is very good. This is a great opportunity for him, and I am excited to see what he can do.”

The match kicks off at 17h05 and will be broadcast live on SuperSport.

Handré Pollard says the Springboks are determined to build on the standard set against Argentina in their Castle Lager Rugby Championship opener last weekend, as they finetune their preparations for the follow-up match on Saturday.

Argentina head coach Mario Ledesma has made a bunch of changes for Saturday’s second Test against the Springboks in the Castle Lager Rugby Championship at the Nelson Mandela Bay Stadium, where kick off is scheduled for 17h05.

Physicality and discipline key for Boks

Physical dominance and good discipline will be two of the key factors for the Springboks when they line up against Argentina in their second Castle Lager Rugby Championship Test in Nelson Mandela Bay on Saturday.