Swanepoel and Cronje to start for Xerox Lions

Tiaan Swanepoel will make a highly anticipated starting debut for the Xerox Lions in round two of the Carling Currie Cup, when they host DHL Western Province at Emirates Airline Park in Johannesburg on Saturday.

The match at Emirates Airline Park kicks off at 19h00 and all the action will be live on SuperSport.

Swanepoel's inclusion at fullback, in place of the injured EW Viljoen, is one of only two changes to the side that grabbed a come-from-behind win over Tafel Lager Griquas last weekend, with his short cameo off the bench in Kimberley enough proof to Xerox Lions coach Ivan van Rooyen to hand him a first start in South Africa's oldest competition.

In the other change, Ross Cronje will swop places with Morne van den Berg at scrumhalf as part of a rotation policy.

Swanepoel must have thought the rugby gods were against him. He was due to start in the aborted Vodacom Super Rugby Unlocked clash against the Phakisa Pumas and when he did get a run off the bench last weekend in Kimberley, the match was called off due to bad weather.

The 24-year-old Swanepoel replaced Viljoen after 30 minutes, but less than 20 minutes later, the match was called off. 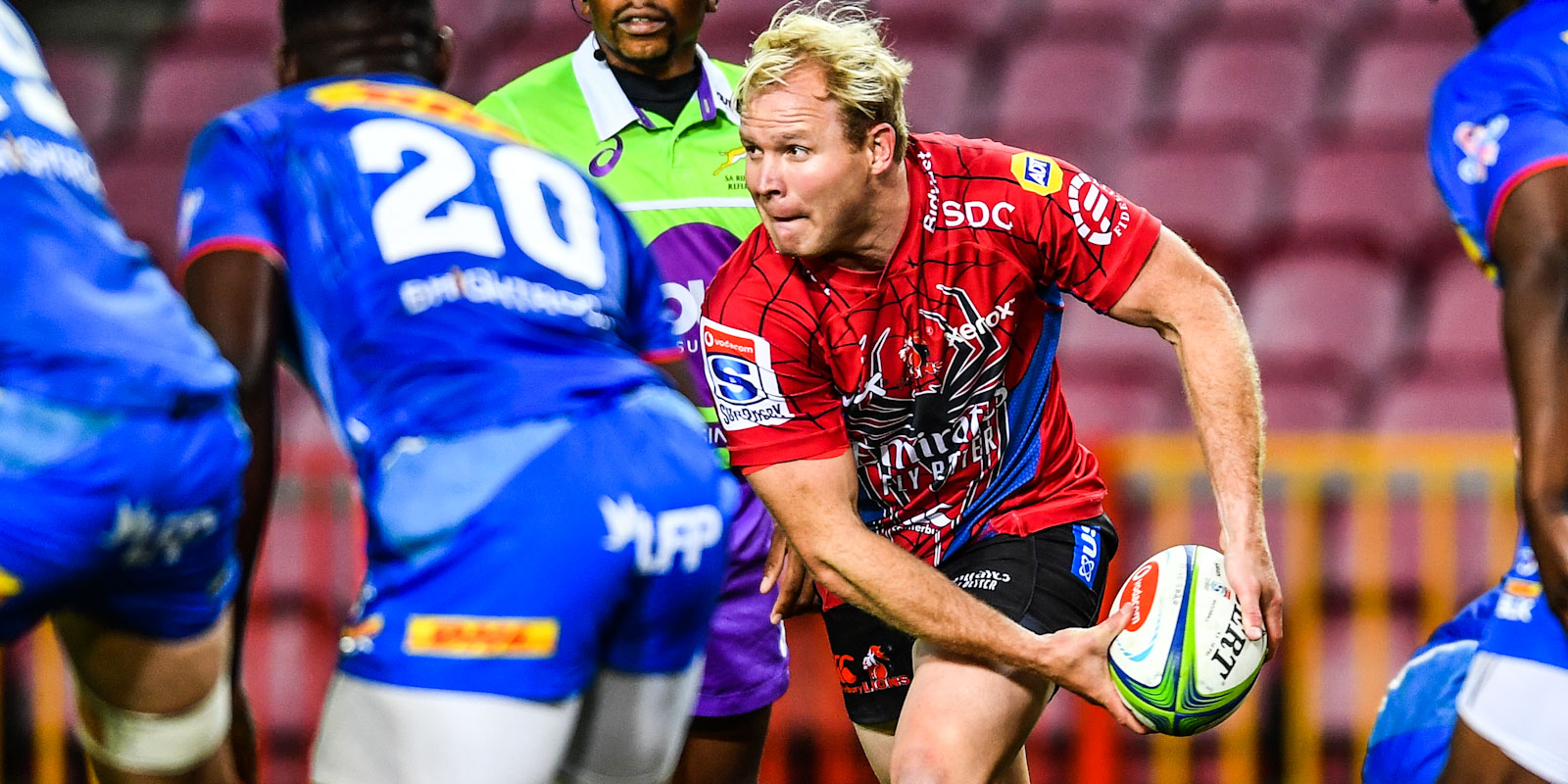 Ross Cronje in action agaisnt the Capetonians earlier in the season

Swanepoel will find a number of familiar faces amongst his opponents. The fullback was schooled at Stellenberg High School (as was opposing wing, Angelo Davids) and played for DHL Western Province at all age groups - at the U13, U16 and U18 Youth Weeks, as well as at U19 and U21 levels.

In fact, he was not only the Cape side's leading points' scorer in his U21 year, but also their Player of the Year.

Last year, Swanepoel headed to Australia for a stint with the West Harbour Pirates in Sydney, but he returned to South Africa earlier this year and linked up with the Emirates Lions for their 2020 Vodacom Super Rugby campaign.

He started for the Emirates Lions in their opening clash against the Jaguares in Buenos Aires and took the field in the Vodacom Super Fan Saturday clash at Loftus Versfeld, when the men from Johannesburg were pipped by the DHL Stormers.

Finally though, a dream will be realised for Swanepoel in his first Carling Currie Cup start.

CJ Velleman will earn a first start for Tafel Lager Griquas in round two of the Carling Currie Cup when the Kimberley side face Phakisa Pumas in Nelspruit on Friday evening.

It may be early in the Carling Currie Cup but the pressure on the teams will rise significantly this weekend as the race for favourable log positions intensifies with a little over a month left before the pool stage concludes.

A powerful display by the Phakisa Pumas’ forwards paved the way to a 22-17 victory over Tafel Lager Griquas and their first Carling Currie Cup victory of the season in Nelspruit on Friday evening.

A flawless kicking display by veteran Vodacom Bulls flyhalf Morne Steyn and a brace of tries by Marco van Staden (flanker) paved the way for a rewarding 40-13 bonus-point victory against the Toyota Cheetahs in their round two Carling Currie Cup match at Loftus Versfeld on Saturday.