A new-look Cell C Sharks backline will be on display when the KwaZulu-Natalians face the Vodacom Bulls in the first match of Vodacom Super Fan Saturday at Loftus Versfeld in Pretoria this weekend.

With Springbok RWC stars Makazole Mapimpi (off to Japan) and Sbu Nkosi (injured), as well as exciting prospect Aphelele Fassi (injured) not available, Cell C Sharks coach Sean Everitt has named a bunch of new backs in his squad.

Bosch and Petersen are two of five Springboks in the Cell C Sharks’ squad – the other three are amongst the forwards: Ox Nche, Thomas du Toit and Sikhumbuzo Notshe.

Everitt also gave a glimpse into the Cell C Sharks’ future, with the inclusion of a host of players who had excelled for the Junior Springboks in recent seasons.

They include the exciting scrumhalf duo of Sanele Nohamba and Jaden Hendrikse, as well as looseforwards Celimpilo Gumede and last yer’s SA U20 captain, Phepsi Buthelezi, to name but a few. 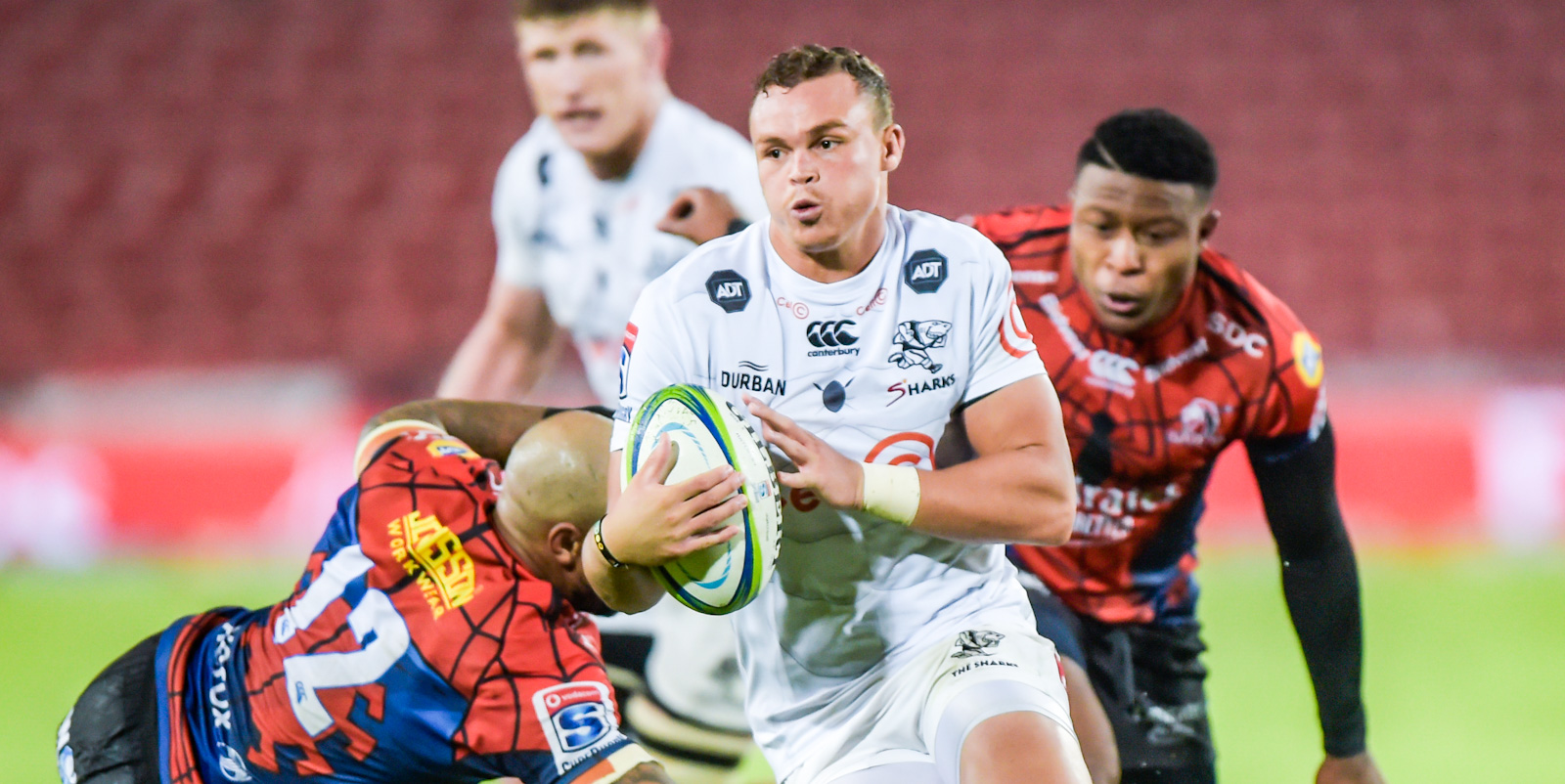 Curwin Bosch in action for the Cell C Sharks.

Bosch admitted that he can’t wait to get stuck into rugby action again after such a long break and was also pleased with the quality of players that have joined the Sharks.

“It’s exciting times now, it’s been great to get back into training although the body is still getting used to contact, but we’re looking forward to finally getting back onto the pitch and throwing a rugby ball around,” said Bosch.

“Manie Libbok will slot in very well here with the style we play. The backs he will have around him will compliment his game. We’re looking forward to seeing what he can add.

“And we all know the type of player Werner Kok is. We are a team that pride ourselves in never giving up and going for the full 80-minutes and Werner is the kind of player who never backs off. He will add a lot of value with his work rate and work ethic off the ball.”